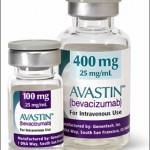 In July 2010, the Oncologic Drugs Advisory Committee (ODAC) recommended that the Food and Drug Administration (FDA) withdraw approval of the drug Avastin as a treatment for advanced breast cancer. Breast Cancer Action supports this decision by ODAC because it puts the safety and well-being of patients first.

BCA has criteria by which it decides whether to recommend a drug’s approval. For a drug to be approved, BCA’s view has always been that it must (1) improve overall survival, and/or (2) improve quality of life, and/or (3) cost less than therapies already available. Avastin does not meet any of these criteria in the breast cancer context.

The Avastin approval process has been going on for several years. In 2008 — over BCA’s objections and despite a 5-4 vote by ODAC against approval — the drug was given accelerated conditional approval by the FDA for metastatic breast cancer treatment.  As part of that approval its manufacturer, Genentech, a subsidiary of Roche, was required to conduct additional studies to confirm the drug’s benefit.  While the new studies showed that Avastin improved progression-free survival – though to a lesser degree than the first study on which accelerated approval was based — they did not show an improvement in overall survival.  This means that people taking Avastin did not live any longer than those not on the drug.  No information about patients’ quality of life was submitted.  Avastin costs approximately $88,000 per year wholesale, and potential serious side effects include increased blood pressure, gastrointestinal perforations, hemorrhage, and surgery and wound healing complications.

In July 2009, Richard Pazdur, a physician and regulatory expert at the FDA, told ODAC that “[t]he approval process is not merely a screening process for drug activity. The goal of a registration trial is not merely to obtain a statistically significant result. The primary goal is to obtain a statistically reliable evaluation of the drug that represents a clinically meaningful result that yields a favorable benefit/risk evaluation.” In other words, Avastin trials have not yielded favorable enough results to warrant approval. We couldn’t agree more.

The studies conducted by Genetech did not result in clinically meaningful data that demonstrated improved quality of life or improved overall survival rates. The FDA must recognize this. BCA continues to advocate for metastatic breast cancer treatment drugs that have demonstrated a real benefit for patients. Unfortunately, Avastin is not that drug.