Breast Cancer Research: Where We Are and Where We Should Be 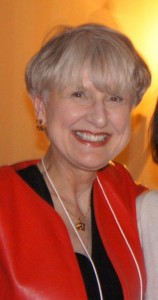 Every year at least $1.5 billion is spent on breast cancer research.  Some of this money comes from an ever-growing number of breast cancer non-profit organizations, but the vast majority comes from government organizations such as the National Cancer Institute (NCI), the National Institutes of Health (NIH) and the Department of Defense (DoD).  The funds go largely to prevention and early detection.

As a metastatic breast cancer (MBC) patient and advocate, I wanted to know why funding was directed to prevention and early detection—which do not help women like me with metastatic disease—so I did a bit of checking.

Here’s the answer: In 1998 the NCI convened a Breast Cancer Progress Review Group (PRG) that established prevention and early detection as the national focus. A formal review of the program in 2004 recommended more of the same. In 2007, the Avon Foundation held its Collaborative Summit on Breast Cancer Research and established a goal of eradicating breast cancer through prevention and finding a cure.  And in 2010, the National Breast Cancer Coalition (NBCC) announced it would end breast cancer by 2020 through the development of a preventive vaccine.

In short, for more than 14 years there has been an enormous effort, seemingly across the board, to concentrate the bulk of breast cancer research on prevention and early detection.

Has the expenditure been worth it?Advances in early detection have led to mitigated success.  It is no longer unusual for breast cancer patients to be diagnosed at stage 0 and many patients are diagnosed at stage 1.  But even stage 0 patients can and do metastasize; in fact, patients can have metastatic cells before they even develop a stage 0 tumor.  As for prevention, it remains elusive.

Given that even this enormous, highly targeted research effort over a long period of time has been unable to achieve the hoped-for success, are the main players re-thinking the allocation of funds?  Much to my great dismay and frustration, it appears that quite to the contrary, the intent is, once again, “more of the same.” It is an incomprehensible decision for many of us in the MBC community.

Can this be done?  Career metastasis researchers state that this is indeed within the realm of possibility if the research would only be fully funded.  The reason we have seen such miniscule improvement to date is because the bulk of the breast cancer research funds go elsewhere, leaving only the paltriest share of funds — estimated at 2% — for metastatic breast cancer.

Why are other organizations not funding stage IV research?  Here are my thoughts:

1. Image and Turn-Around. Grant-givers prefer projects of short duration with a relative certainty of success.  That is good for the image and encourages future donations.  Mets research is enormously complex and the best chances for significant improvement tend to be out of the box ideas. Such research takes longer to accomplish and the predictability of success is shaky.

2. They are Getting Away with It: Cancer organizations have used token advances to claim they are making great strides forward with metastatic cancer.  The advances they speak of are rare and normally involve extending life at best for several weeks or months, but this is not made public.  Even those who know the truth keep giving, including some of those dying of the disease.  They are caught up by the glamour, the big names and the enticing events.   There is no need to take the difficult road.

3. Money .. Money .. Money. Metastatic cancer research is enormously expensive, especially if sufficient models (animal or otherwise), which are critical to much of the research, are to be developed. What is needed is a comprehensive plan that optimizes the use of funds, promotes collaboration, and devotes research funding proportionate to the percentage of patients, who metastasize –30%.  This must exclude research for the prevention of metastasis, which is a separate issue and must be treated as such.  If we do this, we can indeed bring about significant change.

6 Responses to Breast Cancer Research: Where We Are and Where We Should Be