Victory for Prevention? The Affordable Care Act Might Just Bridge the Gap 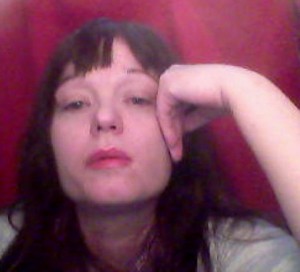 Mary Ann Swissler is a Madison, Wisconsin–based writer and critical thinker. She has published articles on grassroots activism about cancer, money in politics, and the environment. She can be reached at eyewryt@gmail.com.

They’re not copays or premiums, but polluted air and water add an equally high price to the cost of health care. Not everyone agrees on this, so the argument to include a plan for a clean environment in the health care equation has gone back and forth for decades, erupting every so often whenever a report studying the issue calls for more research. For instance, the 2011 Institute of Medicine study on links between the environment and breast cancer concludes that while some toxins cause cancer, it’s impossible to match one specific chemical to one specific case of cancer.

On the other side of the table sit advocates, including BCAction, of the precautionary principle, a preventive approach that calls for the use of chemicals proven to be safe. For environmental activists, mainstream scientists, and policymakers, the issue of how much evidence is enough to demonstrate safety or harm has always clogged up discussions. Until now, that is.

The Affordable Care Act, or “ObamaCare,” spells out its leading principle quite clearly: do no harm. This clear delineation of prevention as a guiding force behind health reform is huge. The Act defines the constituents of polluting based on a preponderance of research evidence instead of the one-to-one comparison demanded by peer-reviewed scientific evidence.

The NPS notes that “safe air, land, and water are fundamental to a healthy community environment.” Here’s more from the wish list on how to create healthy communities from the NPS: Increase the availability of health professionals to “identify, prevent, and reduce environmental health threats. Clinicians can provide information and counseling on how to prevent, treat, and manage environmental-related exposures. Through Pediatric Environmental Health Specialty Units, federal agencies are partnering with the health care community to help clinicians assist parents in addressing environmental health concerns (e.g., indoor air pollutants, lead, mercury, and pesticides).

If all goes well, we are looking at the real possibility of turning back the tide of toxins released into the environment and thus available for human osmosis. But that’s a big if considering the current political system and political climate that favors polluters. We are a long way from living in a pollution–free environment. This isn’t pessimism or even paranoia. According to an EPA statement, it has taken decades for the new federal mercury standards to become law.

In addition to the very real problems of how long it takes to implement new regulatory standards, the logistics of enforcing change pose serious problems. According to an emailed statement received for this article, currently there are no plans to grant new enforcement powers for the clean air/water regulations to the U.S. Health and Human Services, the department that oversees health care reform and the National Prevention Strategy. A representative from the Office of the Surgeon General, who administers the strategy, stated: “The recommendations and actions in the Strategy build upon, and complement, existing federal strategies, plans, and guidelines to improve health.” The Surgeon General’s office is currently “working on an implementation plan that includes both departmental and cross-departmental actions.” Currently, no implementation plan has been released.

The raw ambition of this plan alone is exciting. Face it, environmentalists — we won. All that’s left is cleaning up the environment and implementing good practices to keep it that way. It will be a long slog but we now have public health laws on our side. Still, we need to stay vigilant. In that vein, I have recommendations for additional considerations commonly left out of well-meaning legislation and especially from actual policies within government enforcement agencies.

1. Environmental engineers need to be included in this prevention strategy. They’ll find solutions for industries and not just hand down edicts from on high.

2. We must address environmental racism and low-income biases. Incinerators, for example, are more likely to find homes in politically weak neighborhoods, which not coincidentally are where racial minorities and the low-income communities live.

3. We have to continue to stress job-creating abilities and have strong language preestablished to respond to the critiques of moneyed interests. Better yet, sell it to the American public now, emphasizing the state and local impacts. Otherwise, it’s not real. Let’s be honest: pollution controls don’t cut into job creation. Instead, they cut into short-term corporate profits that mean companies don’t plough their profits back into their operations; hence, they’re against pollution controls.

4. Create freedom from the whims of Congress. Last year’s adoption of the Mercury and Air Toxics Standards will force America’s dirtiest power plants to dramatically cut the most toxic air contaminants. But these life-saving standards can be overturned with a Congressional Review Act. The President must have the ultimate authority, not the mood of a compromised Congress.

5. Create incentives for business, not only penalties. With all the billions collected in fines each year, at least some dollars ought to be earmarked for businesses to invest in environmental cleanup technologies for their offending business practices. It could do wonders for their quarterly financial statements and thus their motivation to “do no harm.”

We must put forward a workable plan that works for public health and offers industry incentives. All too often, when it comes to pollution control, the “job killer” argument provides a convenient place for many industries to hide. Creating legitimate wiggle room for corporations could end the “job killer” canard once and for all.