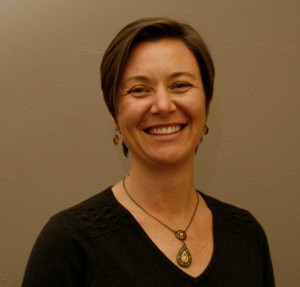 October is over and another Breast Cancer Awareness Month has generated billions of dollars for companies and a lot of controversy among communities across the United States. Despite the success of awareness campaigns — after all, who is not aware of breast cancer? We still have an epidemic on our hands. Awareness has not changed the stubborn statistics that nearly a quarter of a million women will be diagnosed with breast cancer this year and 40,000 women will die of the disease in 2013.

Working to address and end the breast cancer epidemic goes beyond awareness. This year, like every year, we have seen countless offensive and distasteful stunts in the name of breast cancer awareness. And too many companies continue to sell products that contain chemicals that increase a woman’s risk of breast cancer — sometimes in the name of the disease itself! In 2002 Breast Cancer Action coined a term to refer to that hypocritical marketing practice: pinkwashing.

Despite the persistence and pervasiveness of opportunistic pink ribbon fundraising gimmicks — whether commercial or sexual — the conversation about breast cancer is changing. The growing dis-ease with the pink commercialization of breast cancer is coupled with a widespread recognition that we need to dispel the myths and misconceptions that mainstream awareness efforts have brought because none of this awareness has changed the numbers of women who are diagnosed with and dying from breast cancer.

A growing focus on cancer prevention is breaking through the pink noise. This week Breast Cancer Action delivered 32,000 petition signatures to Senator Barbara Boxer from people across the country who joined our call to end pinkwashing once and for all and remove toxic chemicals from our daily lives. More and more people are joining our call for action: because action speaks louder than pink. And for each day in October, over 1,000 people signed Breast Cancer Action’s Toxic Time Is Up petition.

The story of the pink ribbon is the story of how breast cancer prevention has been marginalized and the power of people to stand up to corporations. Few people know that the pink ribbon began as a peach ribbon for prevention. Charlotte Haley was 68 years old, the granddaughter, sister, and mother of women who had been diagnosed with breast cancer. Sitting at her dining room table, she attached loops of salmon colored ribbon to cards that stated: “The National Cancer Institute annual budget is $1.8 billion. Only 5 percent goes for cancer prevention. Help us wake up our legislators and America by wearing this ribbon.”

Haley’s message spread by word of mouth — a true grassroots effort. She handed the cards out at the local supermarket and wrote to prominent women, everyone from former First Ladies to Dear Abby. It wasn’t long before two big companies, Estee Lauder and Self magazine, approached her about partnering. But Haley was strictly grassroots; she wanted nothing to do with a commercial, corporate campaign and she told them so. Self’s powerful marketing and legal teams responded that they just needed to change the color of the ribbon; rebrand it. And thus Haley’s peach ribbon for prevention was coopted and turned into the tame, pink awareness ribbon we know today.

After 30 years of pink, the public is demanding more than cheerful awareness and pink products awash in chemicals of concern. People are asking why we don’t have more to show for the billions spent in the name of breast cancer. And with the growing body of evidence pointing to chemical causes of disease, people are calling for common sense regulation to protect public health.

This year, there are two bills before Congress that would reform the Toxic Substances Control Act (TSCA), a law passed in 1976 that is widely recognized as weak and outdated. Under the existing law, only 200 of the more than 80,000 chemicals in use today have been tested for safety and of these only five have been regulated. These chemicals are found in everyday consumer products such as plastics, paint, clothing, and cleaning supplies.

After many years of work by all of our partners in the Safer Chemicals, Healthy Families coalition, there is clear momentum for chemical reform. Even the chemical industry is calling to update TSCA, and was behind the Chemical Safety Improvement Act (CSIA) introduced this year.

Of course, industry’s idea of chemical reform is different from the ideas of women living with and at risk of breast cancer. The Senate Committee on Environment and Public Works needs to hear from us so that when TSCA reform comes, it is much, much stronger than the current industry-backed CSIA and provides the common sense regulation on chemical safety that we so desperately need to protect our health. We cannot solve the problem by our consumer choices and shopping alone. Everyone deserves to know that the products we use every day are not putting us at increased risk for breast cancer and other diseases and disorders.

Current chemical safety law essentially presumes chemicals are innocent until proven guilty, and so the burden is on the Environmental Protection Agency (EPA) to identify chemicals that cause harm, rather than on industry to prove that chemicals are safe before they enter the marketplace. As a result, we are part of an ongoing and non-consenting experiment with human health.

This Breast Cancer Awareness Month, nearly 32,000 people took a stand with Breast Cancer Action against corporate power and demanded that chemical regulation work for people, not just corporate profit. And the movement keeps growing. Together, we can go toe-to-toe with industry and achieve the change we need to see. This is how change happens.

What is right is more powerful than money. Breast Cancer Action was founded by a few women working together to achieve big change. Every day we work in honor of women living with the disease and in memory of those no longer with us. We believe we can — and we must — do better with the breast cancer epidemic.