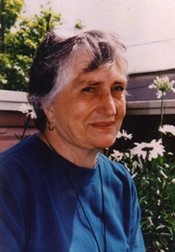 Editor’s Note: Judy edited the anthology One in Three: Women with Cancer Confront an Epidemic and has been a leading voice in connecting the dots between environmental toxins and cancer. After a roundtable discussion with Judy about activism at the BCAction office, we asked her to write this post about her ongoing research into environmental links to disease.

More than thirty years ago I began searching for knowledge about cancer and its origins because I had been diagnosed with breast cancer. The doctors said nothing about where it might have come from, but friends, and even people I didn’t know well, were quick to assume I had done something wrong or had faulty genes, and that’s why I was sick. With the help of many organizations like BCA, today even the medical profession concedes that most cancers are a result of probably many involuntary carcinogenic exposures.

Now I am gathering material again, only this time I am looking for data about diabetes, my new ailment. It seems to me there are some interesting similarities with cancer. Cancer is a noncommunicable, chronic disease, and it is now an epidemic. With few exceptions, we didn’t get cancer from bad behavior or errant genes. We got it because since the time of conception we have been involuntarily exposed to hundreds, maybe thousands, of toxic substances. Diabetes is also a noncom¬municable, chronic disease, and it, too, is now an epidemic. And like cancer used to be, Type 2 diabetes (the epidemic kind, about 90-95% of all diabetes cases) is considered a “lifestyle” disease: you eat too much and have too demanding a sweet tooth. In other words, it’s your fault. I didn’t buy that line with cancer, and I don’t buy it this time, either.

My file on diabetes and toxins is now quite fat; my early hunch that diabetes might also be an environmental disease seems to have some merit. Sure, it’s true that obesity and a diet high in carbo¬hy¬drates are diabetes triggers. But it is beginning to look like that is just a part of the story, and maybe not even the major part.

The list of villains associated with diabetes is growing ever longer. One class of chemicals stands out. POPs (or persistent organic pollutants) have some very nasty characteristics: they are proven toxic to animals and humans, they are chemically stable and don’t break down, they are lipophillic (you store them in your fat), they concentrate as they move up the food chain, and they can move over very long distances in nature so they are found everywhere. Here are just four POPs which are very common in our world and have been linked to diabetes:

So, it looks as though diabetes shares a lot with cancer, at least in its genesis. There are other chronic, non-infectious diseases or conditions similarly linked with toxic exposures: autism, ADHD, MS, Parkinson’s, even obesity, to name a few. There are also powerful forces (like the American Chemistry Council, to name just one) making sure this information does not get spread around. And as with cancer in the past, very few people are talking about these connections. That’s too bad. Such recognition might actually get us to finally think differently about how we deal with diseases – and production and commerce – since prevention would be the obvious solution. What a concept!