Ten years ago, event chair JoAnn Loulan was already older than her mother, Billie Gardner Loulan, when Billie died of breast cancer. JoAnn said, “I was determined not to die as she did. Inspired by her bravery and activism, I wanted to honor her memory.” The Billie Gardner Loulan Memorial Luncheon benefitting Breast Cancer Action was born.

There are not enough words to express the depth of our gratitude for all that JoAnn has done to support and inspire all of us at Breast Cancer Action. JoAnn is a truly remarkable woman whose passion, joy and sheer determination have changed the world. JoAnn touches the lives of all of us lucky enough to be part of her community as she asks us to join her in making the world a better place. From the bottom of our hearts, thank you, JoAnn, for your ten years of service to BCAction. Here’s to another ten, plus. 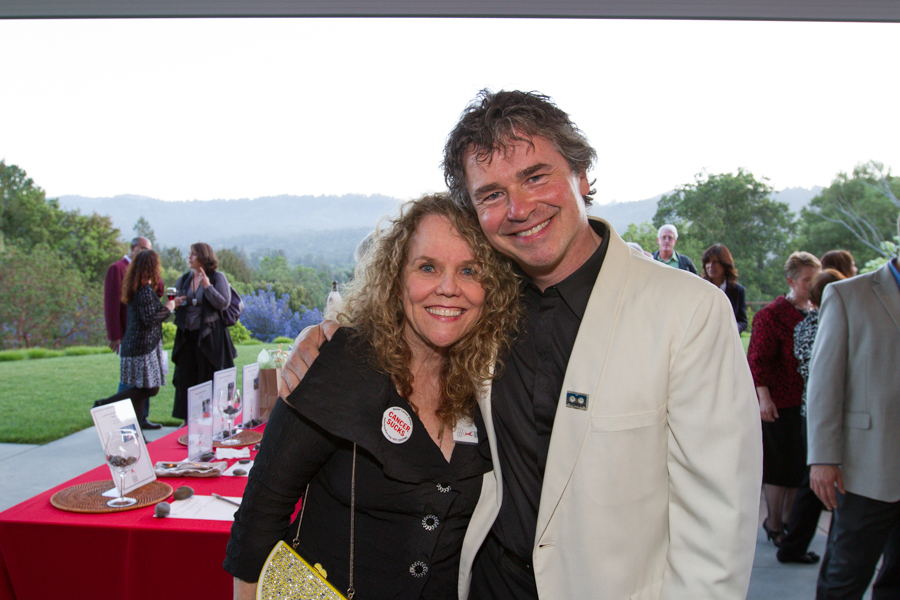 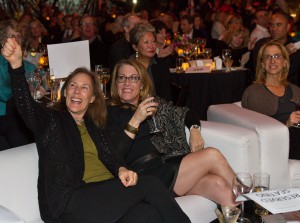 Guests bid on auction items. All proceeds benefit BCAction. Thanks to everyone for their generous support!

The Portola Valley community was welcomed into the beautiful home of our gracious event hosts, Debbie and Andy Rachleff. This celebratory evening event was filled with music, laughter and community.

While noshing on delicious savory and sweet fare, guests were entertained by the dynamic and funny couple, former Saturday Night Live actor Paul Barrosse and Victoria Zielinski. They dazzled us with their comical and musical hijinks, and brought relevancy and urgency to the live auction and the “Fund a Need” to fund BCAction’s work. 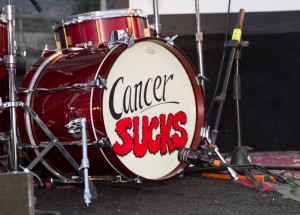 Grammy®-nominated singer/songwriter, Lisa Loeb performed a memorable acoustic set specially tailored for this event. Crowds swooned as she sang her platinum-selling #1 hit song “Stay (I Missed You)”from the film Reality Bites, as well as tunes from her album “No Fairy Tale” which was named one of the Best Albums of 2013.

We’d like to extend a big thank you to all of you who made this wonderful event such a success – event hosts, our performers, volunteers, and all who attended and supported the event. For a full list of everyone we are grateful to for helping make this event such a success, click here.