From the ED: Breast Cancer Mammograms: Overrated – and Over-diagnosing Women

Editor’s Note: You may have seen Karuna’s article back in April of this year when it was published in The Guardian. The piece generated a lot of discussion – over 1,000 people shared it on their Facebook page and over 150 people commented on the article itself. Many of you who have been through several iterations of these debates are used to the controversy that arises from publicly challenging routine mammography screening. What’s new this time around is the growing agreement that the benefits of routine mammography screening have long been overstated, and the harms long underestimated. Ten years ago, our challenge to the conventional position that “early detection saves lives” and “early detection is your best protection” was highly unpopular. Our independent position was a hard truth for many to hear even though it was grounded in evidence because it went against the grain of pretty much every mainstream breast cancer organization—many of which were and still are heavily invested (both in terms of funders and core values) in the “early detection saves lives” philosophy. We’ve reached a tipping point recently and now increasingly we hear more discussion about this issue and less unquestioned acceptance of the earlier screening messages. 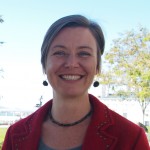 How will we ever hope to make desperately needed progress in the breast cancer epidemic when the mainstream breast cancer movement continues to push an outdated and scientifically debunked agenda? The evidence has been mounting that the time has come to radically re-think the tenets of the breast cancer awareness movement because it is clear that the fundamental philosophy behind “early detection” is flawed.

I would hope, as I’m sure you do, that our country’s leading cancer organizations with piles of money and clout would be the first to follow the science and put people’s health before vested industry interests. But unfortunately I see that even powerful evidence cannot overcome the vested interests of many of the largest cancer organizations in the country – nonprofits like the American Cancer Society (ACS) and Susan G. Komen – which continue to push screening mammograms without caution.

Last month, the New England Journal of Medicine (NEJM) published a strongly-worded perspective from the Swiss Medical Board concluding that mammography screening is “hard to justify”. It followed the February publication of one of the largest studies on mammography to date in the British Medical Journal, which reported that screening seemingly healthy women with mammography to find breast cancers – before they could be felt as a lump in the breast – did not lead to lower death rates for average-risk women in their 40s and 50s.

In assessing the role of population-based screening, this absence of benefit is only compounded by evidence of harm: 21.9% of breast cancers found through mammography screening represented over-diagnosis, according to the Swiss Medical Board. This means that one in five women who was told she had breast cancer after her mammogram received unnecessary treatment for cancer. The implication of these results is that tens of thousands of women in the U.S. each year undergo surgery, radiation and chemotherapy for non-life threatening cancers.

Why, then, do mainstream cancer organizations, like ACS and Komen, continue to promise that “early detection saves lives” and “early detection is your best protection”? Their mantra has not changed despite the increasing certainty that such claims are inflated and imbalanced. If all of this sounds familiar to you, it’s because evidence has been mounting for a long time that our best hope for ending the breast cancer epidemic does not, as we’ve been told for years through slick pink marketing campaigns, lie in mammograms.

The perspective published by the NEJM stems from an independent multidisciplinary panel’s review of the data around mammography screening and concludes that “providing clear, unbiased information, promoting appropriate care, and preventing over-diagnosis and over-treatment would be a better choice [than promoting mammography screening programs].”

Yet the mainstream breast cancer movement, which is financed largely by pink ribbons and primarily focuses on early detection programs, has not responded with evidence-based changes to their positions and educational materials. The websites for ACS and for Komen continue to eagerly push screening mammograms for women age 40 and over without acknowledgment of the harms of screening programs. Indeed, the American Cancer Society offers to send women a “free breast cancer screening reminder” – and grow their own (monetizable) email list.

After years of pink-ribbon “awareness” campaigns, the NEJM study points out, many women in the US overestimate their personal risk of breast cancer. Furthermore, they vastly overestimate the benefit from mammograms. Women believe their risk of dying from breast cancer is double if they don’t undergo regular mammography screening.

Yet the data show that there is no evidence that routine mammography screening for women at average risk actually saves lives.

At what point are we going to stop this madness, take stock of the science and acknowledge that widespread screening mammography for non-high risk women is not the answer to the breast cancer epidemic?
When are we going to hold our cancer charities to a higher standard – and hold them accountable for pushing a scientifically invalid message?

And are we ever going to question what we actually have to show for the billions of dollars spent on screening mammograms?

The evidence is in. We will never address and end the breast cancer epidemic simply through mammography screening. And the problem is not simply the tool (mammography) but the basic philosophy (early detection).

Our healthcare choices are driven by the expectation that they will improve and extend our lives – yet mammography screening does neither. Instead, widespread population-based screening has created a population of over-diagnosed breast cancer “survivors” without actually saving the lives of many of those same women.

As each woman evaluates her health decisions, we must ensure that we all have access to unbiased information, free from conflict of interest and without the heavy thumb of vested interests tipping the balance.

For more information, see our educational resources on this issue: