EPA Needs to Hear from You re: Fracking Chemicals 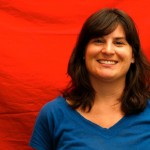 Did you know that corporations that are fracking for gas and oil aren’t required to disclose a complete list of the chemicals they’re pumping deep into the earth?

The fracking industry doesn’t want to make this information public because mounting evidence shows that chemicals used in the fracking process include human carcinogens and hormone-disrupting chemicals linked to causing a range of health harms, including breast cancer.

Join us in telling the Environmental Protection Agency (EPA) that companies must comprehensively report the chemicals used in their fracking operations. 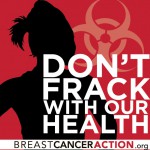 We know that fracking for gas and oil is a toxic process and harmful to our health. However, because of lax regulations, fracking companies don’t have to tell anyone exactly which chemicals, and in what amounts, they use to extract oil or gas — chemicals that can and do leach into our streams, rivers, and drinking water supplies.

It’s outrageous that fracking companies that threaten public health don’t even have to report which chemicals are contaminating our drinking water.

The fracking industry must not be allowed to keep secrets! Nothing short of strong reporting and timely disclosure requirements will be good enough.

Breast Cancer Action already submitted our comments, now it’s your turn. The EPA needs to hear from activists like you.

Of course, knowing which fracking chemicals are poisoning us is not sufficient. But it’s an important step, because disclosing all the chemicals used in the fracking process would mean activists like you, as well as health professionals and researchers, would finally have access to the full scope of the risk fracking poses to human health – and this could mean much stronger restrictions on the fracking industry and better health for all of us.