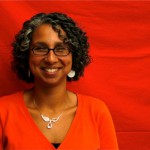 You and I both know that toxic chemical regulation in the U.S. is notoriously weak and ineffective. And right now, the chemical industry is pressuring our elected representatives to support a flawed “reform” bill that’s really a huge gift to the chemical industry. This bill, the Frank R. Lautenberg Chemical Safety for the 21st Century Act, lacks key requirements to protect people and our planet from toxic chemicals, and, as written, could actually weaken the few toxic chemical regulations that currently exist.

Your Senators are hearing from the powerful chemical industry – and now they need to hear from YOU.

Here’s a quick overview of how this bill is bad for your health and mine:

Blocks Strong State Action on Toxic Chemicals: This bill would block states from taking action to protect us from toxic chemicals linked to breast cancer. Not only can states not take action on new chemicals if they are on EPA’s “to review” list but states would also be banned from enacting and enforcing identical federal rules. State co-enforcement is a primary mode of enforcement and is vital to protecting public health. This is a blatant attempt to reduce enforcement.

Addressing Chemicals in Products: The bill makes it harder for the EPA to restrict unsafe chemicals in products like couches, baby bottles and clothing. Similarly, the bill would weaken the EPA’s ability to ensure that imported products do not contain unsafe and restricted chemicals.

Fundamentally, this bill does not embrace the precautionary principle, which would require lawmakers and regulators to act on existing evidence to protect public health before harm occurs. The burden of proof still lies with us (and regulatory agencies) to prove chemicals are harmful, rather than requiring corporations to prove chemicals are safe.

This bill would be a boon to the chemical industry but a threat to our health and safety and the environment.

Your senators need to hear from you that you want them to put public health before corporate profit. Tell your senator to oppose this bad bill today.