“I Lost My Career, Home, Hair and Hope—But You Won’t See That Reality at a Komen Walk” 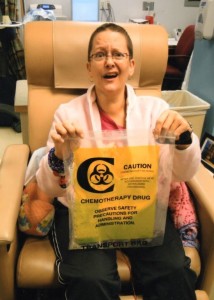 My experience with Susan G. Komen’s Race for the Cure began in 2008, when I walked for the first time with a group of fellow social workers as part of a way to give back and help my community in Kansas City, MO. I paid the fee and got the t-shirt, never questioning where my money went. At that point, I was “helping” and that was what mattered.

Still, I walked the following year, which brought an opportunity that allowed me to travel to St. Louis and partake as a “Survivor” in that race. My friend Rosie paid my registration fee, which I wouldn’t have been able to afford because my healthcare costs had put me in debt.

The number of women who were there and carried the same title that I did that day was overwhelming. But not just that, it created that community, that camaraderie, that sisterhood that we as survivors, as people, live for. I remember the headline on the front page of the St. Louis Dispatch that day read “SURVIVOR SISTERS.”

I lost my career, my home, some friends, my breasts, my ovaries, lymph nodes, hair, energy, dignity, safety, and hope.  When a doctor looks at you, or in my case with eyes closed, and tells you, “Well, the prognosis right now is 6 months to 5 years,” your life changes in ways that can be neither told nor prepared for.

I know that these walks foster what our society longs for so badly: a sense of community and contribution to something that is greater than ourselves.  But unfortunately, many of us don’t question where the money is going and which women feel supported—and Komen banks on that.

I don’t want this money to go to putting on a show that includes a mecca of pinkwashing. When I attended Komen’s walks, I’m not sure if there was any company that missed out on this opportunity, including ones that make products that contribute to breast cancer. And it was all free to runners.  Bags of stuff to take home, to commemorate your experience—to feel good about yourself that you’ve helped a good cause.

It’s important to feel the sense of community that these walks create, but not at the expense of women with the disease. Komen and the like need to change their ways.

Read our “Questions to Ask Before You Walk for Breast Cancer” here.