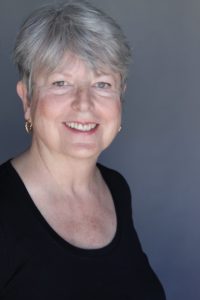 I was born in New York City at the end of World War II. When I was in the seventh grade I bought Anne Frank’s diary and read it. I was so moved by the diary that, I have no doubt, reading it changed my life. I resonated with this young woman and mourned the injustices perpetrated upon her and the other victims of fascism. Since that time, I have been an activist in one way or another—seeking justice for all. I have worked in the civil rights movement, women’s rights movement, and gay rights movement. Being involved in the important work of Breast Cancer Action is part of my lifelong work for justice, in this case seeking justice for people who suffer from this disease and suffer from misuse by the Breast Cancer Industry. BCAction’s work to identify and fight the causes of breast cancer is vastly important. Their work to evaluate treatments of cancer provides a source for people who need this information so much. Their work exposing corrupt companies that use breast cancer survivors for profits is also extremely important. BCAction is a refreshing breath of truth and honesty in a field that is often muddled.

Over thirty years ago, a dear friend of mine, Brenda Roth, died of breast cancer. In her last illness she had benefited from the loving support of the BCAction community. At her memorial service, her partner requested that donations to BCAction be given as a memorial to her. I have donated in her memory ever since. When I saw the movie Pink Ribbons, Inc. at a local theatre here in Los Angeles, where I live, representatives from BCAction were there giving a commentary about the film afterwards. I approached them and spoke to them, identifying myself as a long-time supporter. They asked me if I might be interested in volunteering as BCAction. I said I would and started volunteering as a Community Leader for Change.

When I was 18, I left home on Long Island and went to college in Pennsylvania at Dickinson College. I graduated with majors in Sociology and French. I later worked for the welfare departments in New York City and later in Los Angeles. I went to Whittier College School of Law at night while working for the welfare department. I had been very active in the National Organization for Women before going to law school and was concerned about women and children as victims. After graduation I started working for the District Attorney’s office as a trial lawyer. I was most concerned about victims’ rights and worked doing child abuse cases exclusively for three years. I also valued my work with women who were victims of domestic violence, rape, and other forms of abuse perpetrated upon women. I retired after 23 years with the District Attorney’s office and 32 years with Los Angeles Country. Since my retirement almost 15 years ago, I have studied various healing modalities including massage, Reiki and Cortical Field Reeducation. I am curious about and study how trauma gets embodied and how it gets treated. Most of my studying has been at Esalen Institute in Big Sur, California. I have enjoyed being retired from full-time employment as I have gotten to explore new things and also have more time for cooking, gardening, and travel.