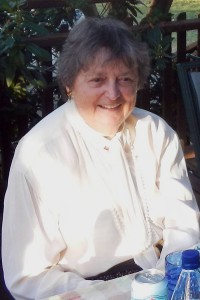 I first became involved with Breast Cancer Action (BCAction) more than 17 years ago. My late daughter came to California during the final year of her life. She had terminal metastatic breast cancer. Her treatment had been in Italy, where she lived and maintained a couture leather design business. Following a failed stem cell transplant, she was seeking care options for the end of life. Our connection with BCAction proved a very rewarding experience. Following her death in 1997, I remained convinced BCAction had the right policies. The money spent on “Pink” campaigns and the mainstream breast cancer movement’s failure to support finding the primary causes of cancer offended me.

I am a Northern Californian with 60 years of public policy experience. I have served in local and regional elected office and statewide appointed office. My husband and I have been married for ten years, having had long marriages with our now deceased spouses. We have a large extended family of grown children and their spouses, ten grandchildren, and two great granddaughters. We live in the suburban East Bay community of Castro Valley. We maintain an interest in and support the Oakland Museum of California, theater, nature conservation, and the arts and sciences.

Last year, at age 80, I had surgery for local invasive class 2, stage III ductal carcinoma. Once again, following my own diagnosis, I saw massive research dollars focused on profit-making “treatment.” After that, I decided to get more involved with BCAction. With decades of experience developing public policy and speaking in the public arena, I thought I could contribute through the Community Leaders for Change program at the end of my life.

I strongly believe that, like the “War on Drugs,” the current approach to cancer in general and breast cancer in particular will fail. The focus and application of research must change. Until the fundamental causes are found, cure is not possible.
Conflicts of interest and profit motives pervade the fundraising and research award
process.

I joined BCAction’s Community Leaders for Change program because I want to promote debate and conversation about breast cancer, based on my own experience. I want those I speak with to question the status quo and be brave in the decision making we all face.

To those who may consider this role, getting more involved in breast cancer advocacy, every voice is important. Make yours heard.